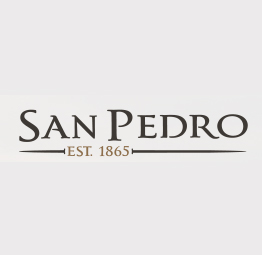 Viña San Pedro has continuously contributed to the positioning of Chile in the world map of the vitivinicultural industry. With over 150 years of history, Viña San Pedro was founded in the Curicó Valley in 1865 by the Correa Albano brothers, who were pioneers in bringing varieties from the Old Continent to the Valley. San Pedro is one of the most important wineries in Chile and one of the country’s most significant exporters, with a presence in over 80 markets across five continents with its brands: Altaïr, Cabo de Hornos, Sideral, Kankana del Elqui, Tierras Moradas, 1865, Epica, Castillo de Molina, 35 SUR and GatoNegro. Its exploratory, pioneering nature and pursuit of extreme origins led it to incorporate the Elqui Valley in 2006, which is the origin of the Castillo de Molina Sauvignon Blanc as well as the Limited Edition Syrah from the 1865 range. It is also one of the first large wineries to help revive the Itata Valley in 2013.  Founded in year 1865, Viña San Pedro is nowadays one of the largest and oldest exporters of Chilean wine and one of the most important wineries in the country. San Pedro’s main vineyard, wine cellar and hundred-year-old underground cava cellar are located in Molina, in Curicó Valley, 200 Km. south of Santiago. There, San Pedro has one of the largest stretches of vineyards in Latin America, with 1,200 hectares. Parallelly, San Pedro has over 1,500 planted hectares in Central Valley and in the other main vine-growing valleys in Chile, such as Elqui, Casablanca, San Antonio-Leyda, Maipo, Cachapoal, Maule and Bío-Bío, always in the quest for new and better origins for its wines.