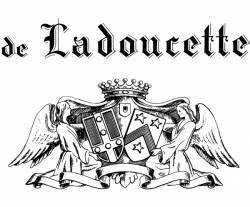 In 1787 Comte Edmond Lafond, a wealthy banking family, acquired from Madame Sophie, the illegitimate daughter of Louis XV the largest winery in Pouilly-sur-Loire. An anecdote says that the white wines of this winery were among the most favored by Napoleon. In 1937 they received the appellation Appellation d'Origine Contrôlée (AOC). In 1972, a descendant of Comte Lafond, Baron Patrick de Ladoucette took over the estate. As the first full-time and fully trained winemaker of his family, he was not only able to lead the wines of his house to world renown and make the Pouilly-Fumés virtually indispensable for every top restaurant, but also to enrich the winery with other top products. In 1980, for example, he acquired the Domaine Marc Brédif de Vouvray near Tours, the Domaine Régnard in Chablis in 1985 and the La Poussie vineyard near Sancerre in 1994, where he also brought wine production up to the top. Since then, the estate has produced not only Pouilly Fumés wines but also great Chablis, Sancerres, Vouvrays and Chinons, some of which are among the best of their kind.

The winery includes the Nozet Castle, which was built by Comte Lafond in the 19th century in Renaissance style. The castle is surrounded by the best vineyards in the region. On 165 hectares, some of the world's best Loire wines are produced, such as the famous Baron de L. since 1972, the Baron de Ladoucette vinified only in top years. Not least with this wine Ladoucette around the world has become synonymous with the finest white wines from the Loire. These are his true passion, from the Baron de L wine he wants to bring out the optimum in fruit and grape variety expression. His oenologist Philippe Rossignol proved that Chablis excellent quality can also be produced without Barrique. No woody taste characterizes its great wines, but a wonderful balance of fruit, pronounced grape variety expression with the typical flint and elegance.