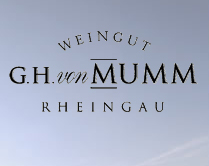 The history of G.H. von Mumm's winery begins with a great name in world history: Napoleon! In his fight against Prussia, he gave his Marshal Kellerman, the Duke of Valmy, this Estate as thanks for his dedication. Kellermann had the winery managed by a woman named Adelaide Marco. In 1807 Adelaide, among other things, ensured a good vintage.

However, the following years were by a bad wine harvest. In the early summer of 1811, an enterprising wine merchant called Gottlieb Mumm, from the house of the Frankfurt bankers and trading family P.A. Voodoo, with a daring offer just right to acquire the entire next grape harvest of 1811 from Schloss Johannisberg. Marco was happy about the alleged gambler, because he offered 32,000 guilders for a harvest whose quality was still in the stars. But Gottlieb Mumm had the luck of the daring: The harvest of the year 1811 went down as a "comet harvest" in the wine history of the Rheingau - she was one of the best in the 19th century. And with 50 barrels of 1200 liters each of the excellent Johannisberg Riesling vineyards, the wine merchant and banker had made a splendid business, namely 150,000 guilders. The profit, which Gottlieb Mumm achieved with this vintage wine, he invested profitably again. The handsome proceeds were invested in a number of selected good vineyards on the Johannisberg. The basis for one of the most important and beautiful vineyards of the Rheingau.