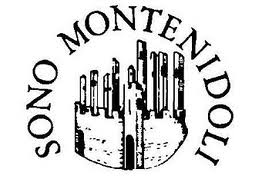 We came to Montenidoli in 1965, drawn by the spirituality of the gold-backed Madonnas with Child painted by the XIII-XIV Century Sienese Masters, works that broadcast a unique message to the world. Sergio, the Patriarch, was a teacher, and we had many children, many with special needs, for whom Montenidoli was a happy nest. And when they took flight the abandoned lands remained, waiting to be brought back to life. For the farmers had abandoned the hill in the early 1900's, drawn by the two Great Wars and the promise of industry. The vines were overgrown by brambles, while the olive trees had gone wild. But Elisabetta had the land in her blood, thanks to her family, which had cultivated vines and olive trees in Custozza, not far from Verona, since the 1700's, and also thanks to her childhood, spent wandering the vineyards of Valpolicella. Following her family traditions, they respected the land, cultivating it with exclusively organic methods. Sulfur and copper are the only substances used to fight parasites, and only if absolutely necessary, because they believe sunlight and clean air to be the best medicine to make the vines healthy, strong, and resistant to disease and bad weather. The vineyards multiplied, planted to the indigenous varietals: Vernaccia, San Gimignano's historic white grape, Sangiovese, Canaiolo, Trebbiano Gentile, and Malvasia Bianca -- The traditional grapes of Chianti.