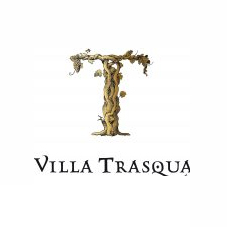 In 1965, a special and unique micro-climate stimulated the growth of a bud, the first step of an evolving journey, the first stone of a long-lived estate. Villa Trasqua is its land and its wine. Between Siena and Monteriggioni, it grows its 10 vineyards in the oldest part of Castellina in Chianti. It’s like a beautiful mosaic, where every color and every detail merge together in a perfect masterpiece. The complete picture can be admired from the small tower overlooking the 120 hectares of vineyards, olive groves and forests that surround the Estate. An exclusive experience for the entire Chianti area: one of few Estates which has chosen to maintain the tight link with its territory without expanding its cultivation's in different areas, branching off into a specific yet diverse environment. Love and respect for one’s own land are the elements that characterize each action, providing care, attention, and sustainability in the cultivation as well as in the procedures adopted in every phase of production, core values which have always accompanied the history of the old Fattoria di Nerento up the current life of Villa Trasqua. Respectful attitudes towards the land and its products are expressed everywhere, like in the choice of giving the Nerento name to the Gran Selezione, a unique wine that is full of the old flavors of the first planted vineyard.

Villa Trasqua is not merely a wine, but an experience that takes root in the heart of Tuscany. Its proximity to the confines of the Chianti Classico, has enabled the Estate to unite the traditions of this ancient territory with the innovation of a more worldly outlook since more than fifty years. Following organic methods of production, from the grape-growing to the vinification process, was the challenge posed and won by Hans Hulsbergen who, from 2001 until today, has transformed Villa Trasqua from an ambitious project to a solid reality. With experience and respect for people’s bond to the land, with care for the vines that are cultivated organically, Villa Trasqua is committed to constantly find the balance between established flavors and innovative palates, between tradition and modernity, to give added value to a far-reaching history like the one on which the Chianti Classico is founded.