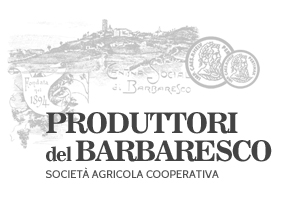 The history of Produttori del Barbaresco begins in 1884. Like many winegrowers, all Nebbiolo was intended for the Barolo. At the school of enology in Alba, the idea of starting a cooperative (Cantine Sociali) was born by 8 grape growers who became the founders of the definitive difference between the Barolo and Barbaresco. It is not only one of the oldest wine cooperatives in the world, but also one of the best!

According to Parker, the Produttori del Barbaresco sets the standard in terms of quality delivered by a cooperative. In 1958 the Produttori del Barbaresco was really founded and now has 60 members and about 100 hectares of wine-growing land. The wine company makes Barbaresco and Nebbiolo Langhe, which is more suitable for young drinking. In top vintages, no fewer than 9 Crus are made: Asili, Rabaja, Pora, Montestefano, Ovello, Paja, Montefico, Moccagatta and Rio Sordo.